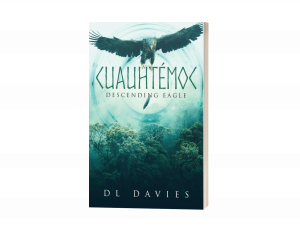 David Davies launches a one of a kind story in his book Cuauhtémoc: Descending Eagle

YORBA LINDA, CALIFORNIA, UNITED STATES OF AMERICA, July 8, 2022 /EINPresswire.com/ -- Authors often succed in their craft when they perfectly translate the stories they have created in their heads onto paper. David Davies, author of the Cuauhtémoc books series, ultimately belongs under this category.

Cuauhtémoc: Descending Eagle is the first installment of the Cuauhtémoc series. It was published in 2019 by URLink Print & Media. The book covers the birth of the protagonist, Cuauhtémoc, which is a fulfillment of a prophecy.

The boy grows up and learns about flying, exlpores the highs and lows of it, and smoothly becomes skilled in it. He is good-hearted, gaining friends and allies along the way. The book develops from when Cuauhtémoc encounters some unfamiliar ships at sea.

BlueInk Review writes, “Davies excels in three areas: his vivid descriptions of jungle and village life; his characterizations, especially of secondary characters such as Cuauhtémoc’s friends and mentors; and his natural-sounding dialogue, perhaps the most difficult task for an aspiring author.”

Cuauhtémoc: Descending Eagle is one helluva treat for a first book. A literary adventure..

David Davies was born in California. Moved around a lot in different states while growing up and spent six years in the army and was stationed in Germany. His hobbies include photography, fishing, hiking, and other outdoor activities. However, creating stories in his head is his favorite of all hobbies; tales of other times and places set in what the Earth might have been before, could have been now, and what it could be in the future.

Cuauhtémoc: Descending Eagle is available for purchase on Amazon.com.
m