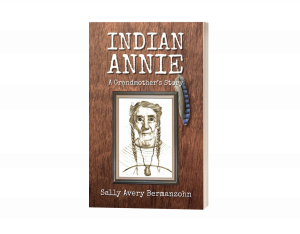 TORONTO, ONTARIO, CANADA, July 19, 2022 /EINPresswire.com/ -- Stories of the past interest people especially when they are told by elders. The book "Indian Annie, A Grandmother's Story" is narrated by an elderly Native American woman who was born in the Chickasaw Nation's ancestral home in the deep South. She and her family refused to leave their homeland in the 1830s, when the Chickasaws and other American Indian Nations were forced on the Trail of Tears to relocate to Oklahoma.

Author Sally Bermanzohn has written a work of historical fiction that makes readers feel as if they are living back in time. In addition to "Indian Annie, A Grandmother's Story," she is also known for writing the book, Through Survivors' Eyes: from the Sixties to the Greensboro Massacre. Bermanzohn has a doctorate in political science and taught for twenty years at Brooklyn College.

“Bermanzohn has written a living and breathing work of historical fiction set in a time when people actually met Harriet Tubman and Nathan Bedford Forrest, Andrew Jackson and Tecumseh. Beyond that, she’s written a book with the power to remind us of the ways human beings suffer and transcend and keep on finding the stuff in us to get up in the morning and give a little effort to something and love each other despite the terrifying odds. This is history, in brilliant living colors.” says Anne Pyburn Craig after reading the "Indian Annie: A Grandmother's Story."

Read more about the book "Indian Annie: A Grandmother's Story" by purchasing this book on Kindle, and Paperback on Amazon and Barnes & Nobles.