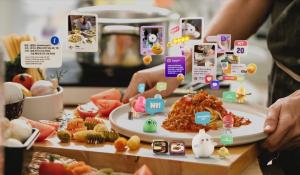 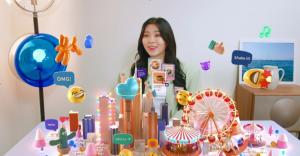 Anything made with AR... 'Instant recognition' patented technology. Communicate with people around the world with AR through my favorite objects and spaces.

Myung Bae-young, CEO of MergeRity, said, "I am confident that a new communication culture will open in the post-5G era, and MergeRity will be at the center of it.”
— Myung Bae-young (CEO)
SEOUL, GEUMCHEON-GU, REPUBLIC OF KOREA, July 29, 2022 /EINPresswire.com/ -- Contents:
A metaverse platform that can communicate with people worldwide has appeared by grafting augmented reality (AR) to all objects and spaces in sight. IT startup 'MergeRity' is the main character. MergeRity plans to spread the metaverse world in everyday life rather than virtual reality based on immersive metaverse technology.
Users can scan objects through the MergeRity app to create and share content with other users. If the scanned thing is a product, you will be provided with all the processes necessary for the purchase, such as where to buy, price comparison, list of similar products, and direct investment.

Whereas the existing AR service provided limited content only for pre-learned objects, the advantage of MergeRity is that it allows AR content to be left and communicated even for non-pre-trained things.

When a user creates AR content, the content is shared with the same objects worldwide. This means that everyone around the world can freely communicate with each other based on the same AR content. In addition, Mergerity’s driving engine, 'Mergeware,’ created by the convergence of technologies such as AI, AR, blockchain, and big data, also acts as a strength.

Users can scan objects around them and meet platform functions such as social media (SNS), video sharing, e-commerce, and information search that unfold right above the thing.

In particular, the company explains that you can gather with users from all over the world who have the same interests, tastes and experiences as you in the things you are interested in and share a deeper bond than the general community.
The plan is to create a new communication culture by expanding the daily experiences of all users, such as stories left in food, memories left at landmarks in tourist destinations, and wine information search that is usually not well known.

The first step towards becoming a global social media leader
MergeRity is currently discussing business partnerships with domestic and foreign telecommunication companies to become a leading company in the global social media sector. We are preparing for a worldwide launch for users around the world. We are strengthening in-app content for a rich user experience by forming partnerships with various industries such as distribution, manufacturing, and entertainment.

Myung Bae-young, CEO of MergeRity, said, "I am confident that a new communication culture will open in the post-5G era, and MergeRity will be at the center of it." We will lead the global market by introducing a variety of digital experiences into a service that expands users' daily experiences."