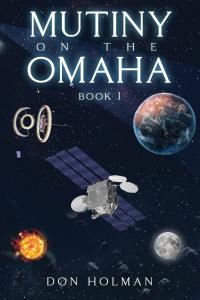 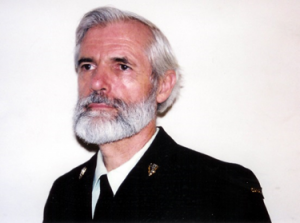 HAWAII, UNITED STATES, July 13, 2022 /EINPresswire.com/ -- The first in a series of novels portraying a future timeline based on possible scientific developments, Don Holman’s "Mutiny on the Omaha" depicts the practical and plausible aspects of extraterrestrial colonization. He also shows the perils that come with such an endeavor.

Generations after a futurist multi-billionaire founded a scientific colony in the El-Dora star cluster, the group of pioneers and scientists there begin to fragment as tensions simmer. A subgroup conducts unsanctioned experiments on human behavior, their test subjects are unsuspecting colony worlds and result in an interstellar war.

The narrative follows William K. Middleton, the son of a famous physicist who has gone missing and is presumed dead. After Will graduates high school, he cannot afford university despite his virtuoso skill with computers, so he enlists in the space navy and gets advanced computer training, which combined with his problem solving skills allows him to protect his school and the planet from an attack. His skills and abilities earn him promotion as helps to protect bases and designs new technologies. After further successes, he is promoted and sent to serve aboard a capital ship, disguised as a junior officer to solve a deadly mystery in the vessel. Will's greatest challenge awaits in the Federation Navy Ship Omaha.

In this riveting tale of science fiction adventure and military action, readers will follow a protagonist who tackles his challenges with mental preparation and the use of technology balanced with keen decision-making based on his impeccable moral standards.