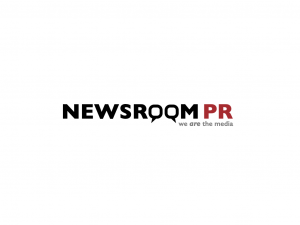 LOS ANGELES, CALIFORNIA, UNITED STATES, July 28, 2022 /EINPresswire.com/ -- In his memoir, HARVARD TO HASHTAG: MY JOURNEY FROM BIG LAW TO BUSINESS OWNER (publishing Aug. 2), attorney Neama Rahmani recalls his journey from Harvard Law School (he was one of its youngest-ever graduates) to Assistant U.S. Attorney taking down drug traffickers, to government watchdog policing corrupt politicians, and finally to his current role as president of a 100-employee plaintiffs’ firm battling the “evil empire” of insurance companies and unethical corporations.

Rahmani has become a go-to media legal analyst for every trending legal news story, from the Johnny Depp vs. Amber Heard trial to the Capitol Riot. But few people know the impressive journey through many realms of the legal profession that informs his view of the justice system. When it comes to the law, Rahmani has seen it all, and anyone interested in what attorneys deal with behind the scenes when prosecuting a case in criminal or civil court will find much to appreciate in the book. Rahmani explains the importance of having all the attorneys at his firm answer a 24-hour customer intake line and that taking on high quality cases accounts for most of the company’s revenue. The book also provides valuable lessons for entrepreneurs, as Rahmani describes how he assembled a team of risk-taking “riverboat gamblers” and his use of social media as the engine for his marketing.

In the memoir, written with Gina Keating (author of the critically-acclaimed “Netflixed”), Rahmani unabashedly acknowledges that he once craved prestige and he reflects on the unexpected turn of events that led him away from the judgeship he saw in his future and toward becoming president of a downtown Los Angeles personal injury and employment law firm.

A child of Iranian immigrants, Rahmani knew from an early age growing up in Orange County, Calif., how much of his family’s social standing had been swept away by the 1979 Islamic Revolution. Rahmani’s drive to succeed resulted in his starting at UCLA at age 16. Just six years later, he was a graduate of Harvard Law School bound for a job in Los Angeles as an associate at the multinational law firm O’Melveny & Myers LLP.

The experience of being one of many lawyers serving corporate clients, and of representing the Catholic Church in sex abuse cases, left him feeling cold. He left big law for the U.S.-Mexico border, as a federal prosecutor trying to staunch the flow of illegally trafficked people and narcotics coming north from Mexico. Ultimately, Rahmani knew that U.S. authorities could only hope to capture a small percent of traffickers, but he carried on with the work. It was a similar story a few years later when, as Director of Enforcement for the Los Angeles City Ethics Commission, he came to grasp the scope of corruption among elected officials and realized “policing politicians was a lot like the war on drugs … it can’t be won.”

Rahmani was recruited to help grow West Coast Trial Lawyers by Allen Patatanyan, an old companion from O’Melveny & Myers, who promised Rahmani that being a plaintiffs’ attorney was the closest he would get to being a prosecutor while being well paid. The book details the difficulties of building a law firm from scratch, the big victories on behalf of marginalized people that make it all worthwhile and the legal cases that have made the biggest impact on Rahmani over the years. Overall, what Rahmani has found matters most is the ability to use the justice system to provide some redistribution of wealth from wrongdoers to people whose losses are too great to measure, which Rahmani compares to having the chance to play Robin Hood.

Along the way, Rahmani opens up about his previous love of gambling, marrying and starting a family with another child of Persian immigrants (whom he happened to meet in Las Vegas) and what achieving so much early in his life taught him about success.

All proceeds from the book will go to Children’s Law Center of California, which provides representation for abused, neglected or abandoned children and youth under the jurisdiction of dependency court.

Neama is available for interviews and copies of the book will be provided upon request to members of the media.