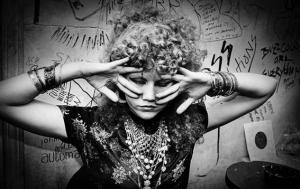 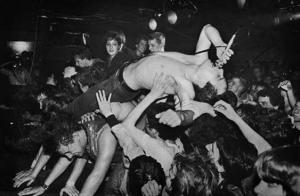 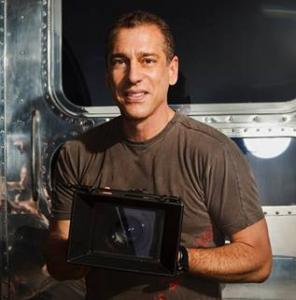 Visit "Days of Punk" at Gallery Blindwell in Braunton Jul 14 - Sep 3, and La Termica in Malaga through Sep 30

On Wednesday, July 13, BLINDWELL will host an invitation-only Private Preview evening with Grecco from 6P-8P. The public opening follows on Saturday, July 16 from 12P-4P with a drop-in event to “Meet the Artist” and purchase books for signing; admission is free. That evening, there’s “An Audience with Michael Grecco,” where Grecco will give a talk and sign books. This reception is a ticketed event, and the £45.00 cover price includes a copy of his punk rock photography book, Punk, Post Punk, New Wave: Onstage, Backstage, In Your Face, 1978–1991. Guests will enjoy a champagne reception with canapes prepared and served by Coastal Cooks. Doors open at 6.30pm, talk at 7.30 pm; close 9pm. To inquire about tickets, which are limited, please email hello@blindwell.com. Prints are available from the gallery, printed on Ilford Gold Fibre Gloss paper.

The “Days of Punk” exhibition premiered at the international photography fair Photo London in September, 2021, and has been traveling to new locations ever since. In February 2022, it opened as major museum exhibition at La Térmica cultural center in Málaga, Spain. The show incorporates audio and video elements, and features more than 100 photographs. The Malaga installation has been so popular with critically well received that it recently received a three-month extension and runs through September 30. Upcoming museum shows include the Southeast Museum of Photography in Daytona Beach, FL in August 2022, and the Lancaster Museum of Art and History in Lancaster, CA in February 2023.

Photos featured in the “Days of Punk” exhibition were taken when punk music first exploded in the United States in the late 1970s, and then as it evolved through the early 1990s. Grecco says, “These images were dormant in my flat files until my archivist suggested we revisit this unseen body of work. It is a thrill to finally share them with fans and collectors.”

After he and his archivist did a deep dive into the files, their efforts lead to Grecco’s latest book, Punk, Post Punk, New Wave: Onstage, Backstage, In Your Face, 1978–1991 (Abrams Books, Nov. 2020).

The coffee-table volume features 162 previously unseen images – including backstage and onstage moments – that are available to collectors for the first time in exclusive limited editions. The book features a foreword by Fred Schneider of the B-52s and an essay by veteran rock journalist Jim Sullivan. Grecco’s personal anecdotes from his times hanging out with the musicians he was shooting add further depth. These photographs are the centerpiece of “Days of Punk.”


About the Artist: Michael Grecco (born 1958-)
Michael Grecco is an award-winning fine art, celebrity, and commercial photographer and director based in Los Angeles. He is recognized internationally for his high concept imagery, mastery of lighting, and powerful connections with his subjects in an immense body of work that encompasses fine art, celebrity portraiture, music, commercial, and editorial photography. Born in New York City, Grecco attended college in Boston, where he began his professional career shooting for the Associated Press and covering the music scene for the legendary FM radio station WBCN. Previously unseen photographs from his time as a music photographer comprise his latest book, Punk, Post Punk, New Wave: Onstage, Backstage, In Your Face, 1978–1991 (Abrams), and the accompanying multimedia exhibition Days of Punk, which premiered at Photo London in 2021.

Michael moved to Los Angeles in the late 1980s when he was invited by People Magazine to come west to be a celebrity photographer for them. He’s continued to create new work ever since, and his images have appeared in publications including Time Magazine, Vanity Fair, Esquire, The Boston Globe, The Guardian, and Rolling Stone, among many others. A father to three, he lives and works in Santa Monica with this wife and their two Russian Blue cats. In his spare time, he can be seen exploring his adopted hometown’s diverse neighborhoods and subcultures on his Triumph Bonneville, with a favorite camera in tow, ready to find, capture, and inspire. Michael Grecco is represented by Atlas Gallery and Iconic Images in London, The Howard Yezerski Gallery in Boston, Modern Rocks Gallery in Austin, TX, and The Photo Gallery, Halmstad, Sweden.


About Gallery BLINDWELL:
BLINDWELL is a gallery and event space dedicated to photography and art in the broadest sense. Situated in Braunton, North Devon England, and founded by Emma J Crosby, BLINDWELL showcases the works of both established and emerging artists from an international and domestic stage in quarterly exhibitions. Work selected by BLINDWELL is chosen for its quality and creative expression, conveying the unique vision of each artist. BLINDWELL is currently one of finalists for the ‘Best Art Space’ in the county of Devon, as voted by Muddy Stilettos readers.


About ILFORD: Established in 1879, ILFORD is one of the oldest photographic brands in the world. With a proud history that spans over 140 years, ILFORD has been synonymous with professional quality photography from traditional analogue film, paper and chemistry to providing best in class professional inkjet paper for today’s photo and fine art printers. For further information about the range of ILFORD products, please visit www.ilford.com


About the Book and Publisher: Punk, Post Punk, New Wave: Onstage, Backstage, In Your Face, 1978–1991 By Michael Grecco Introduction by Jim Sullivan; Foreword by Fred Schneider Abrams / November 10, 2020 U.S. Founded in 1949, ABRAMS was the first company in the United States to specialize in publishing art and illustrated books. The company continues to publish critically acclaimed and best-selling works in the areas of art, photography, cooking, craft, comics, interior and garden design, entertainment, fashion, and popular culture.