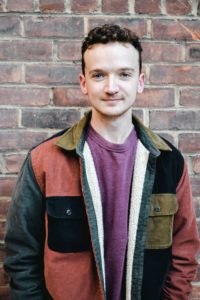 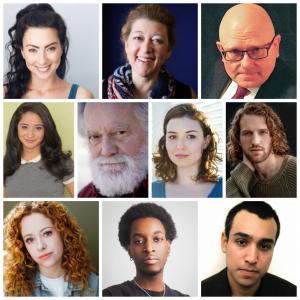 The Cast of AGAIN, THE SPELL 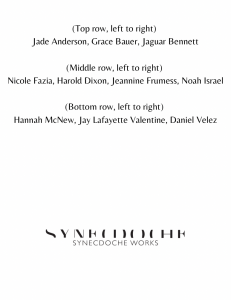 The playwright and actor, soon to appear in HBO’s THE GILDED AGE, won the Special Jury Prize for the FMM Fellowship for New Works in Heightened Language.

…I wrote Again, the Spell [to] make new connections - between classics and the modern theatergoer, between fantasy and fairytales…between lovers and dreamers of all backgrounds and dispositions.”
— Lennart Nielsen, playwright

ALAMEDA, CA, USA, July 14, 2022 /EINPresswire.com/ -- Casting is complete for the online workshop/reading of AGAIN, THE SPELL, a new play by Lennart Nielsen. A farcical, time-traveling story set in an ancient forest, the play uses mistaken identity, lovers at cross-purposes, and faith that inter-human communication is sometimes possible to tell an optimistic tale about personal identity, conviction, and love. The play will have a week-long online workshop/reading from July 18.

“Part of the reason I wrote AGAIN, THE SPELL is to make new connections - between classics and the modern theatergoer, between fantasy and fairytales and our present moment, between lovers and dreamers of all backgrounds and dispositions,” said Nielsen, “Now, thanks to the power of technology, we are making yet another kind of connection. The Zoom medium, though hardly a complete replacement for the magic of live performance, is allowing us to literally travel through space and time (zones) and assemble an international cast of incredibly versatile performers. I can’t help but think that that act of transcendence and impossible unification is in the spirit of this play.”

The ensemble cast is led by Harold Dixon* (Guthrie, Arena Stage; Distinguished Professor Emeritus, ASU School of Film, Theatre and Television) as Quemblin, a mysterious tree spirit who encounters travelers in the woods as they confront their various ambitions for life and love. He is joined by Grace Bauer* (Portland Stage; RepStage) as Sister Lettice, a nun from the 17th Century; Jeannine Frumess* (Tina Award Winner, Melissa in THE KID, The New Group) as Linda Mulholland, a 21st Century director searching for clues about her past; and Noah Israel* (La Jolla Playhouse, RepStage) as Dorian Pounce, a movie star, also from the present day.

AGAIN, THE SPELL will have an archive taping on Zoom at 6pm ET on July 23 in front of a curated audience. Theater practitioners and members of the public wishing to attend are invited to contact support@synecdocheworks.org for details.

*Member of Actors' Equity Association, the Union of Professional Actors and Stage Managers in the United States, appearing under a Special Appearance Contract.

About Synecdoche Works
Synecdoche Works is a California-based arts non-profit that promotes art education, creation, performance, and exhibitions by underrepresented or underserved individuals, with the goal of recognizing and celebrating individual differences among all theater artists. Through the Frank Moffett Mosier (FMM) Fellowship for Works in Heightened Language, as well as their strong support and funding for up-and-coming performance arts festivals, Synecdoche Works advocates for a diverse creative community of promising playwrights, actors, authors, musicians and other creatives around the globe. For more information, visit www.synecdocheworks.org.
###