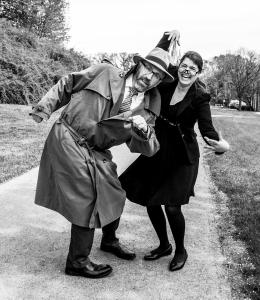 Newsload - Your Load is Coming 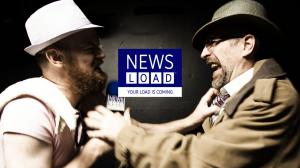 72.4% are interested in local news. 71% believe local newsrooms are doing well financially. Since 2008 Newsroom revenues have dropped by 60%.

The Newsload flips-the-script online. Fear points toward conspiracy and disinformation. We make sure our funny points toward reputable news and professional local journalism.”
— Bryan Bakker, Author of The Power of the Comedy Compass
LONDON, ONTARIO, CANADA, July 18, 2022 /EINPresswire.com/ -- Bizbio Inc. has launched a new business that owner Bryan Bakker says can, not only bridge the divide between modern audiences and struggling local newsrooms, but turn the tide on disinformation, even extremism, in democracies around the world. A tall order that he argues can be done using the... “as yet unharnessed, full power of comedy.”

59% of folks surveyed are open to locally produced satire.

Based on a newly released survey, conducted by the Newsload, 1 out of 5 people know, “amazing local talent”. The Newsload taps this unseen resource, teams them up with local videographers and journalists, to produce SNL style comedic content, that is funny first, but relies on underlying facts. Viewers can then click links to see the journalist’s story, blog or article.

“Throughout evolution fear has driven division,” Bakker said. “Nowadays fear is what’s used to drive people into their tribal camps online. What the Newsload does is create a cheap franchise, that can be repeated in communities anywhere, to flip the script. The opposite of fear is funny and in evolutionary terms funny drives unity. The Newsload uses funny, like THE DAILY SHOW does at the macro level, only online, on mass and locally.”

As the author of the upcoming book (and blog article by the same name), “The Power of the Comedy Compass” Bakker takes this idea a step further, arguing that not only can this approach save local news, but it can also, over time and through market forces, stop the slide toward extremism, even fight off the growing sway of disinformation.

“We’ll prove this premise as we grow,” Bakker said. “The basic idea is that comedy around the political center is funny to the largest number of people. This means Newsload outlets, that work within this range, will have the best possibility of commercial success.”

In his view, any outlets playing with extremes will either be pulled toward the political center, bringing their audiences along with them, marginalized or shut down entirely.