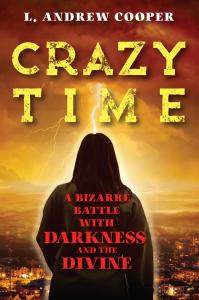 Crazy Time: A Bizarre Battle with Darkness and the Divine 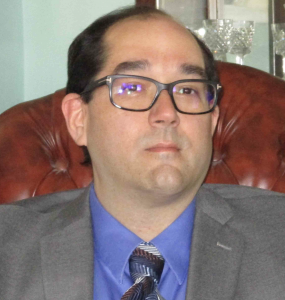 Crazy Time: A Bizarre Battle with Darkness and the Divine by L. Andrew Cooper

Cooper's dark horror story is an uncomfortable, trippy, and original roller-coaster ride... riveting and unsettling... with a compelling hero.”
— Kirkus Reviews
UNITED STATES, July 25, 2022 /EINPresswire.com/ -- Surreal horror runs through a psychological and spiritual minefield in the new Twilight Zone-esque dark fantasy Crazy Time: A Bizarre Battle with Darkness and the Divine. From the mind of horror author and screenwriter L. Andrew Cooper, this delightfully bizarre tale will resonate strongly with readers, infusing every page with stunning imagery and an unpredictable serpentine narrative that acts as a breath of fresh air among a genre full of tropes.

Life is simple for Lily Henshaw, an office manager at a small print shop -- nothing more, nothing less. However, after a brutal attack on a secluded highway takes the lives of three of her friends and leaves her the sole survivor, her ordinary life quickly becomes a living nightmare.

As her brother kills himself, her place of work shuts down and she witnesses murder in a string of horrific tragedies reminiscent of the Book of Job, Lily looks for answers. Why is this happening? What did she do to deserve this? Why does God hate her? When none of these yields any results, Lily is left with only one option: get to God before God gets to her.

Although her journey will take her through the darkest depths of hell, Lily is determined to arrive at God’s doorstep, quite literally, and when she does, the answers she’ll find will be more than she ever could have bargained for.

Questions of life, morality, and what it means to be truly human are interspersed throughout this captivatingly dark narrative, giving it much more depth and substance than typical genre fare.

“Cooper’s work takes me back to... those sleepless nights of reading Stephen King's Night Shift and Clive Barker's Books of Blood,” says Michael West, bestselling author of Cinema of Shadows, Spook House, and The Wide Game. “Cooper can scare, shock, and, more than that, get you to think about things you never considered before. Things that you were perhaps frightened even to contemplate.”

Says BlueInk Review, "Not unlike a Dali painting, L. Andrew Cooper's latest... is a strange fusion of surreal horror, dark fantasy, and spiritual speculation... powered by stunning imagery and laudable in terms of plot audaciousness... a bizarre and sometimes grotesque narrative."

OnlineBookClub.org calls the book "truly a bizarre battle with darkness... a unique piece from start to finish... wonderful to read... a great book... engaging and suspenseful..."

Crazy Time is a triumph of originality that will have readers unsettled, uncomfortable, horrified and questioning the meaning of their own humanity, all in the best of ways.

Crazy Time is available on Amazon and other popular retail outlets where books are sold.

ABOUT THE AUTHOR
After a decade studying literature and film at Harvard and Princeton—specializing in horror—L. Andrew Cooper used his Ph.D. to teach about favorite topics from coast to coast in the United States, publish film criticism in academic and mainstream journals, and spend a year as the “film guy” on Louisville, KY’s WDRB-TV. Having lived all over the U.S. (and travelled the world as much as possible, which is not enough), Cooper strives to be a global citizen, but he grew up in the suburbs of Atlanta, GA, an experience his readers encounter often. His global interests provide a never-ending supply of good horror movies as well as annoyance to his cat, Samara, who wishes Andrew and his husband James would just stay home. Visit landrewcooper.com.