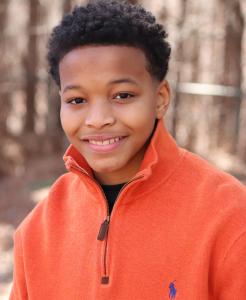 “‘Dylan Finds His Voice’ is a metaphor for my own journey with speech therapy. I hope that it encourages other kids who experience speech disorders to find their own voices”.”
— Dylan Alsobrook

ATLANTA, GEORGIA, UNITED STATES, August 4, 2022 /EINPresswire.com/ -- Dylan Alsobrook, is a 13-year old eighth grader from Atlanta, GA. In many ways, Dylan is a typical teenager, but he can now add published author to his budding list of accomplishments, with the release of his first children’s book “Dylan Finds His Voice”. The book is currently available in paperback, Kindle and Nook versions at major book retailers, including Barnes & Noble, Amazon, Books A Million and Walmart, and for wholesale purchase through Ingram Content Group. It is also available at www.dylanfindshisvoice.com.

Book Summary: A smart little fish named Dylan is the Fish King. But Dylan soon finds out that the only way to lead his kingdom is by using his voice. With the help of his friends and an awesome Speech Therapist, Dylan will take back his rightful place in the majestic ocean.

About the Author
At an early age, Dylan consistently struggled with expressing himself and was ultimately diagnosed with childhood apraxia of speech. After several years of focus and dedication, Dylan overcame his speech disorder with the help of his Speech Therapist and family.

Dylan’s Speech Journey
It took several years of weekly speech therapy sessions at school and at-home before Dylan became a proficient speaker. In 2019, his parents created a video chronology of Dylan’s remarkable journey here: https://youtu.be/PYrFaxAmx8k. Dylan’s confidence and articulation has improved even more, since then.