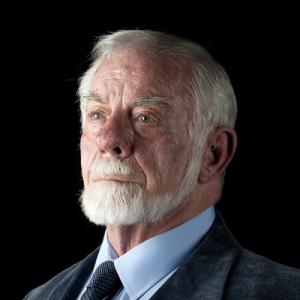 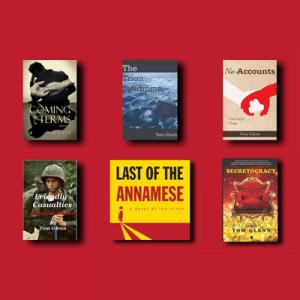 COLUMBIA, MARYLAND, UNITED STATES, August 1, 2022 /EINPresswire.com/ -- Throughout history, we have shamelessly glorified war in the name of profit, propaganda, and mindless entertainment, when in fact war is one of our greatest failures. War is barbaric, gratuitous, unjust, debasing and has cost us millions of innocent lives. Hollywood box office success movies, Saving Private Ryan, Platoon, and We Were Soldiers, were praised for depicting the real terror of combat, but for the most part these movies still fell short with factual inaccuracies and actually toned down the grittiness of the horrific reality of what it’s actually like to be in a war zone. If you want an honest and deeply intimate realistic portrayal, Tom Glenn, a Vietnam vet and best-selling author, is someone who has experienced battle firsthand. Through his raw, eye-opening books, he exemplifies how war is not only fundamentally wrong, but psychologically damaging for every single one of us on earth.

Tom is a Vietnam vet who has had multiple careers including intelligence operative, musician, linguist in seven languages, cryptologist, caregiver for the dying, and leadership coach. He has a BA in Music, a master’s in government, and a doctorate in Public Administration. A sought-after public speaker, he is the author of a series of novels and short story collections: Friendly Casualties, Last of the Annamese, The Trion Syndrome, No-Accounts, Secretocracy, and Coming to Terms.

“It’s unbelievable how the U.S. essentially and unapologetically glorifies combat. I stopped reading books on war because they never truly captured the savagery, carnage, and the unimaginable devastation that surrounded us on the battlefield. How we had to witness our buddies horrifically killed when their mutilated body parts landed all over us. The helplessness, suffering, and anguish of combat is indescribable. You become so jolted that your soul is wounded forever.”

With such gut wrenching accounts, how does it not evoke our sense of humanity? Yet we continually disengage and desensitize ourselves and enjoy watching bloodshed depicted in movies which, for the most part, are purely made for entertainment and profit.

Tom was first assigned to Vietnam in 1962 and escaped under fire when Saigon fell in April 1975. He remembers vividly the terrible day North Vietnamese took Saigon as he pleaded for evacuation, warning how the North Vietnamese were preparing to attack. But the White House did not believe him, nor did the ambassador allow him to evacuate his subordinates. Tom lied, cheated, and stole to get his 43 guys safely out of the country. The last two to fly out were on the afternoon of April 29, 1975, after the North Vietnamese were already in the streets of Saigon. Glenn escaped under fire by helicopter that night in pitch black darkness and torrential rain. To this day, Tom still mourns the South Vietnamese left behind—the North Vietnamese killed most of them on the spot; those who survived were sent to concentration camps.

For Tom, the pain of his time in battle persisted as he went on to struggle with the debilitating long term effects of post-traumatic stress injury (PTSI). Fortunately, he found much needed healing and solace through his prolific writings and humanitarian work by alleviating the suffering of others in need. All his experiences during the thirteen years he traveled between the United States and Vietnam are brilliantly reflected in his prize-winning seventeen short stories and six novels. They are all must-read.

Tom emphasizes how today the similarities of the atrocities in Ukraine remind Tom once again the senselessness and depravity of putting young soldiers and civilians through the horror of battle. Comparatively, Russians invaded Ukraine the way Americans invaded Vietnam, and he predicts a guerrilla warfare is inevitable.

Moreover, Tom points out how our Democracy is under attack. Thankfully, Trump's attempts to take over the country were unsuccessful, or we would no longer even have a democracy.

Furthermore, our Supreme Court has been destroyed, and we are potentially on the path to autocracy. Not only that, but there are also still Trump supporters in the government attempting to control elections. Despite all that, Tom is confident that Democrats will win in 2022.

Tom says the United States must restore its international leadership role. “It is crucial that we lead the world toward universal democracy and freedom.”

“Why do we have a disproportionate amount of wealthy and impoverished people? It’s critical we refocus our emphasis on individualism and stress collectivism so that all of us can share the abundance of our nation. And we must reduce the number of guns in the hands of our citizens to bring down the numbers killed by gunfire, already more than 25,000 so far this year.”

Tom affirms that although the repercussions of combat were hard learned, he has no misgivings.

“I am proud to have fulfilled my patriotic duty, and I will live with the repercussions that have weighed heavily on me from the tragedies I experienced in combat. I live with no regrets because everything I did came from my love for my country and my love for the man fighting by my side.”

Listen to the show on BlogTalkRadio.

Please visit his blog at https://tomglenn.blog/

You may also purchase his books on Amazon