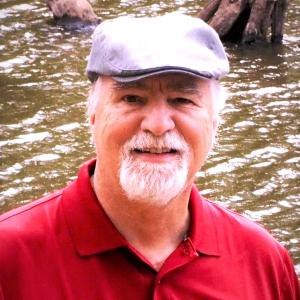 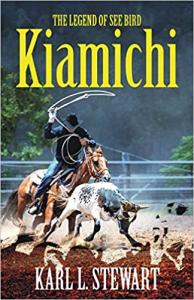 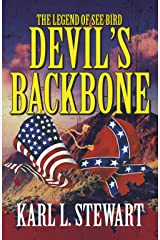 Other Books by Karl 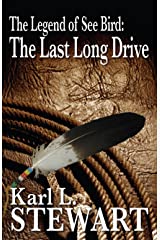 Other Books by Karl

~A fascinating account of two men from divergent backgrounds, how their paths meet and eventually shape America's destiny~

Based on a true character, mighty fine reading for those drawn to the adventure-packed days of the Old West. Educational and inspirational to boot!”
— Margaret Miller, author of The Glory Years
WASHINGTON, DC, UNITED STATES, December 30, 2021 /EINPresswire.com/ -- Award-winning author Karl Stewart's latest western, "Kiamichi," the third in the "Legend of See Bird" Series, is a page-turner historical novel set in the early 1900s. The book received an Honorable Mention at the New York Book Festival, Paris Book Festival, and San Francisco Book Festival. It is based on a once-in-a-lifetime adventure of See Bird, an Oklahoma Choctaw by birth but West Virginian by choice, and Teddy Roosevelt, the youngest ever man to serve as President of United States; Kiamichi charts their journey as they cast their fortunes together to shape America's destiny. The chance meeting of these two men and their parting to travel divergent paths forms the heart of the novel as a nation seeks its own identity at the beginning of the 20th century.
The gripping narrative brings the two men from divergent backgrounds together; See Bird, a Choctaw man of little education, taciturn, with his feet planted firmly in the western soil, and Teddy Roosevelt, born to wealth and privilege, a scion of the east.

"Kiamichi" is preceded by "Devil's Backbone." In this novel, See Bird travels from Texas to West Virginia, and there falls in love with Sally, a girl of the mountains, the niece of Devil Anse Hatfield, leader of the Hatfield clan in their notoriously bloody feud with the McCoys.

"The Last Long-Drive" is the first of the three "Legend of See Bird" westerns. The young drifter develops and works to perfect his skill as a horseman and to navigate the white man’s world. Battling bad weather and bad men, he drives cattle up the Chisholm Trail from Texas through Oklahoma to Kansas before its closing in 1885, skills he will later use as he competes in the newly forming American rodeo scene.

All "See Bird" books are historical fiction, based on memories, facts, and conjecture regarding Stewart's great-grandfather See Bird, a Choctaw who passed as white under the name Red Carpenter. More can be read of him in Stewart's subsequent novels – "The Seventh Cruise," "Up Harvey's Creek," and "Fare Thee Well, Harvey's Creek."

Karl Stewart was raised in the hills of post-WWII West Virginia and moved to Wisconsin in his teen years, attending a Catholic seminary and then enrolling in the University of Wisconsin. In his sophomore year, he dropped out and enlisted in the U.S. Army in 1966, serving as a communications sergeant in the elite Green Beret Special Forces until 1969. Following discharge, he re-enrolled in the University of Wisconsin, earning a double-major degree in political science and history. In 2005 Stewart retired from teaching high school Social Studies and English to devote himself to his two passions, family and writing.
His first two westerns, The Legend of See Bird: The Last Long Drive and Devil's Backbone, as well as Kiamichi, are loosely based on the life of Stewart's great-grandfather, See Bird Carpenter. You can visit him online at https://karlstewart.net/