Best Selling Author, Mark S. Lewis, Promotes Unselfishness in his book, GIVE A DAMN - The ticket for cultural change 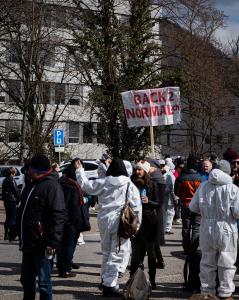 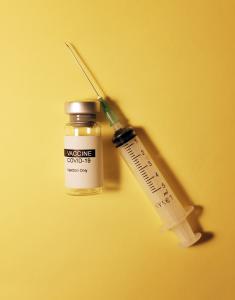 Author makes plea for people to get vaccinated stating it is not about mandates or vaccines, it's about GIVING A DAMN about others.

I don't buy the excuses for not wearing a mask or refusing the vaccine; I know it's the right thing to do.”
— Mark S. Lewis
NEW ORLEANS, LOUISIANA, UNITED STATES, November 22, 2021 /EINPresswire.com/ -- As we approach 2022 and all of the challenges we will undoubtedly face, Mark S. Lewis, best selling author of the book, GIVE A DAMN, wants us to take our temperature as a nation. Since March of 2020, he notes that we've been fighting a double pandemic of the COVID-19 virus and a culture of self-centeredness that's developed around it. He reminds us that while the information and reporting on the subject can be confusing, as science unfolds in real-time, at least two certainties are true: masking and vaccinations, slow the spread of the virus to others.

Even though these simple protections have been tested, approved, and authenticated by an overwhelming majority of the world's scientists and researchers, there are a significant number of people who refuse to wear a mask or get a shot because they view it as an attack on their personal freedom. This type of thinking fails to address the fact that individual liberties are protected by all of us working together, not by one person alone. Those who GIVE A DAMN understand that protecting others from catching a potentially deadly virus is supporting the right to "life," which is required before you can even begin to exercise "liberty."

"I'm sick and tired of people discussing constitutional rights when it comes to the topic of wearing a mask or getting the vaccine. Do you want to know the real reason why mask mandates are being enforced? It's because people cannot move past their self-interests. They don't seem to care enough about others to take simple, freely available measures to keep the virus from mutating and bring case numbers down. Instead, they use this so-called 'violation' of their constitutional rights as an excuse and stage to perform their arrogance and ignorance," Lewis says.

Lewis explains that the reasoning he has heard from the unvaccinated is that they do not want to wear a mask because they don't want the government telling them what to do; citing it is their constitutional right to refuse to wear a mask or be vaccinated. "This group fails to realize that this type of thinking suggests that they do not GIVE A DAMN about others, exemplifying their self-centeredness and selfishness. If most of us insist on acting selfishly, then the representative government we've elected must mandate masks because you couldn't be bothered to take community action and protect the rights of others by protecting their health as they should yours. This idea that our government is infringing on personal liberties is a false justification because someone can't think about doing the right thing, such as wearing a mask and getting vaccinated. Not everything is about you; it should be about the people around you. It's as simple as that," he says.

He further explains that this attitude is yet another stop on the road that our country is currently traveling dow. Lewis refers to this attitude as a "toxic stew that is one part disregard for our fellow human beings and two parts more of a concern about our rights, privileges, and feelings". He asks us to self-reflect on "What happened to our social contract with one another or the duties and responsibilities we have as human beings?," and wants to know, when that "social contract" suddenly went out the window.

"Yes, we must take care of ourselves first, but it's about what we can do to save lives and protect others through wearing masks and getting vaccinated. I don't buy the excuses for not wearing a mask or refusing the vaccine; I know it's the right thing to do. The facts are there: a combination of protective masks and higher vaccination rates slows the spread of disease and saves lives. It's as simple as that," Lewis says.

Lewis' goal is to have the philosophy behind his book, GIVE A DAMN - the ticket to cultural change, become a movement whereby people are inspired to do the right thing instead of trying to justify doing the wrong one. "Maybe we'd see some improvements in the world around us if we all opted to GIVE A DAMN," Lewis says, "Do whatever you can to act outside of the self-centered domain and always consider what's best for everyone. People working together with this attitude is the only way this world will flourish."

ABOUT Mark S. Lewis
Mark S. Lewis is a best-selling author, thought provoking business leader, and succcessful serial entrepreneur, who has helped individuals and CEOs grow personally and professionally. His winning philosophy is based on creating strategies that engage people in a positive cultural environment along with a GIVE A DAMN attitude. He is a powerful speaker and motivator and his goal is to help improve human interactions and society as a whole.