eBay, Bidbay, and the Crooked Congressman: New Book Tells the True Story of One Man’s Fall from Hero to Zero 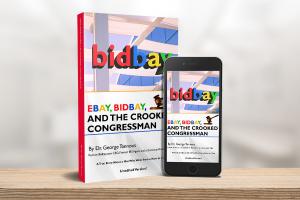 eBay, Bidbay, and the Crooked Congressman Kindle and Paperback 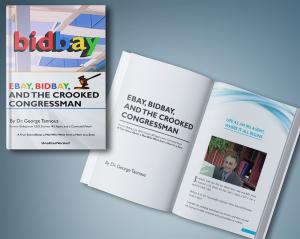 eBay, Bidbay, and the Crooked Congressman inside view 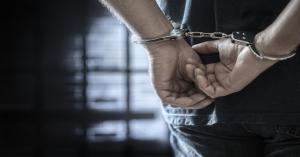 Dr. George Tannous tells the sensational true story about how he went from immigrant to business mogul to felon and the people who helped get him there

SYLMAR, CALIFORNIA, UNITED STATES, December 28, 2021 /EINPresswire.com/ -- Dr. George Tannous had a lot of time on his hands to write his first book eBay, Bidbay, and the Crooked Congressman. When a man is sent to prison, he has a lot of time to think, and that’s exactly what he did. And after doing a lot of thinking and reflecting, he put his pen to paper and drafted his true tale of how he went from zero to hero and back to zero again.

In his new book, Tannous shares the tale of his modest beginnings, rise to professional success, and insatiable desire for more. Tannous' story starts a lot like many stories about chasing the American Dream, a rags to riches immigrant story that so many find enthralling. His journey eventually took him from immigrant to husband and father, to entrepreneur, to millionaire, to felon, and now, out of prison, published author and businessman again.

Tannous' book shares more about the entrepreneurial streak that always drove him to pursue more and make more money. He admits to being greedy many times, which he believes is partially responsible for his ultimate downfall and leading to time behind bars. But he also credits his fall to a cast of shady characters he trusted who played significant co-starring roles in his turbulent rise and fall.

The book shares how Tannous went from IRS agent to eventually owning a firm that represented clients facing challenges from the IRS. Through this business and his work at the IRS, he met various interesting people, many on the way to prison themselves, as well as a lying congressman. Many of them made him a host of promises and offered their business expertise--all centered around making everyone a lot of money.

Tannous then shares the meteoric rise of his brand Bidbay.com and the eventual legal challenges the company faced from eBay that forced Bidbay.com out of business. But instead of giving up and letting shareholders down on the heels of that setback, Tannous then weaves an intricate tale of how a string of follow-up businesses eventually led to broken marriages, families in jeopardy, a congressman lying, lawsuits, securities fraud, and eventual prison time.

And as he shares in the book, Tannous, now out of prison, weathered the torrent of missteps, bad luck, and bad actors in his life to come out of prison stronger than he was before and ready to build his way back to success the right way.

eBay, Bidbay, and the Crooked Congressman is available on Amazon in Kindle and paperback formats.

About Dr. George Tannous
Dr. George Tannous is a former IRS agent, former Biday.com CEO, and convicted felon. He graduated with honors from Regis University in Denver, Colorado, and has owned and operated several businesses across various industries. Upon release from prison, Tannous earned his doctorate in Christian counseling from Newburgh Theological Institute. Learn more about George by visiting http://www.georgetannous.com/.