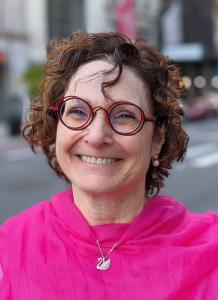 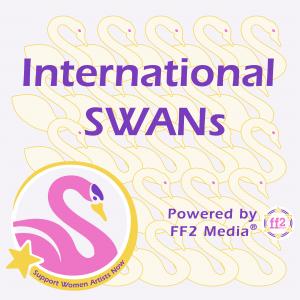 The acronym SWAN stands for “Support Women Artists Now,” a movement created in 2004 to celebrate and promote the creative work of women artists.

iSWANs is the third phase of the “Support Women Artists Now” movement which began as WITASWAN (Women in the Audience Supporting Women Artists Now) in 2004. Today’s date is not a coincidence. FF2 is deliberately announcing this new phase on International Human Rights Day (December 10) because iSWANs celebrates the power of the arts to advance the interests of all women who continue to face misogyny anywhere in the world.

iSWANs begins at the end of a year in which women have come to greater awareness of the need to support each other with words as well as deeds. iSWANs asks women to engage: Which conversations do women start, and with whom? How do women influence local and global communities? What power do women exercise by purchasing tickets and casting votes?

The “Support Women Artists Now” movement has always been grassroots, intentionally so, from the very beginning. Becoming swans – beautiful, devoted, fierce, and strong – reminds women of the impact to be made though cultural consumption and personal engagement. iSWANs is all about women in audiences everywhere recognizing and using collective power.

The history of the “Support Women Artists Now” movement can be traced back to a moment of shock, followed by determination, and then enduring hope.

In June 2002, longtime feminist activist Jan Lisa Huttner wrote a letter to the New York Times responding to their article about the “Celluloid Ceiling.” Recognizing that the underrepresentation of women in the art world was damaging for everyone, Jan decided to confront the problem head-on. When the Times published Jan’s letter, a movement was born. Thus “Support Women Artists Now” itself began when a writer, alone at her desk, reached out to an audience (in this case, a world filled with potential readers).

Jan took the “Celluloid Ceiling” problem to her friends in the Chicago Branch of the American Association of University Women, and soon after, she was named Director of Leadership Development for AAUW-Illinois. She used this new role to crisscross Illinois, speaking out about how the lack of women filmmakers resulted in poor representation of women – both qualitatively and quantitatively – on the Big Screen. In 2004, the AAUW-Illinois Board decided to create the WITASWAN project (Women in the Audience Supporting Women Artists Now), with Jan – now Director of College/University Relations – as its leader.

In 2007, Jan invited Martha Richards (Executive Director of WomenArts) to attend AAUW-Illinois’ annual convention. Their common desire to empower women inspired Jan and Martha to establish an annual event that could serve both artists and audiences all around the world. After the convention, with the blessing of AAUW-Illinois, Jan and Martha announced their plan to celebrate the first “International SWAN Day” on March 29, 2008 (as the crowning touch to Women’s History Month).

From 2008 through 2020, the “Support Women Artists Now” movement coalesced around International SWAN Day. Under Martha’s ardent administrative management, activists – comprised of women artists and women-lead audiences – have now celebrated thousands of International SWAN Day events in 36 different countries. This extraordinary collaboration has helped to create ever-greater gender parity for women in the arts, always with the goal of bringing women into full and equal participation.

In June 2020, Martha stepped back from her role as Executive Director of WomenArts (although she continues to serve as President of WomenArts, providing guidance and direction on selected projects including multiple SWAN Day-related activities).

Meanwhile, after a period of transition occasioned in large part by the COVID crisis, Jan has repositioned FF2 from a primarily film-based team into an interdisciplinary team which now serves women in applied arts, literary arts, performance arts, and visual arts. Under Jan’s leadership, the FF2 team will continue to organize, promote, and support women artists in this new iSWANs phase.

The all-woman FF2 team is global, intersectional, and intergenerational. Prior experience with film distribution will now be applied across all media, encouraging conversations that generate audience enthusiasm and lead to greater financial support for working artists (through ticket sales as well as direct purchases of works of arts).

iSWANs respect consumer power: If women show distributors and suppliers that they want more work by women artists, more resources will flow to women artists across all physical and digital spaces.

Jan Lisa Huttner is the creative force behind “Support Women Artists Now,” starting as the leader of the AAUW-Illinois WITASWAN (“wit-uh-swan”) project in 2004, and then co-founding International SWAN Day with Martha Richards in 2008.

FF2 Media® is an all-woman online publication and advocacy team, hosting events and publishing features, interviews, news, and reviews since 2008. Jan, an award-winning arts critic and feminist activist, is the Editor-in-Chief of FF2 Media®.