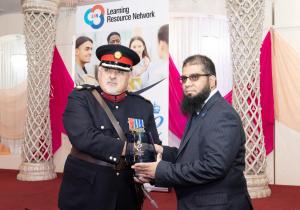 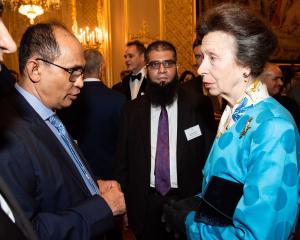 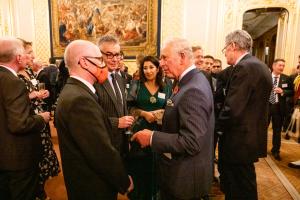 GREATER LONDON, UNITED KINGDOM, November 24, 2021 /EINPresswire.com/ -- Learning Resource Network (LRN) was awarded the Queen’s Awards for Enterprise (International Trade) in 2020. The award recognises LRN’s efforts in furthering its outreach of qualification provision in the UK and also, predominantly, in its overseas market.

To officially recognise this achievement, on 10 November 2021, the Chief Executive Officer (Muhammad Zohaib Tariq) attended an official reception Windsor Castle to meet senior members of the Royal Family. The event at Windsor Castle was hosted by His Royal Highness, The Prince of Wales with other members of the Royal Family in attendance, including Princess Anne, the Princess Royal, the Duke and Duchess of Gloucester, the Duke of Kent and Princess Alexandra, the Honorable Lady Ogilvy.

The reception was followed by an awards ceremony on 23 November 2021, where the LRN team met with and was awarded their certificate. The certificate is signed by both her Majesty, The Queen and Prime Minister, Boris Johnston, and was presented by the Queen’s representative, Deputy Lord-Lieutenant Nick Bracken, OBE.

The Queen’s Award is a culmination of the hard work and dedication of the wider LRN team (includes examiners, moderators, item writers, administration staff, Governing Council members and Senior Management Team members) all over the world.

Muhammad Zohaib Tariq, CEO of the LRN said, “The Queen’s Award for Enterprise for International Trade is a great testament to the hard work and commitment by the LRN team – and to meet so many members of the Royal Family at the reception was a day that will stay with us all. Not only is it important to be recognised as meeting such high standards, but it is also rewarding to be acknowledged as the peers of other awardees. This award has boosted team morale throughout the pandemic, and we look forward to a continuing bright future at LRN.”

Dr Lawrence Watson, the Chairman of LRN’s Governing Council said, “As an organisation, we’re driven by securing achievements for our staff, centres, wider stakeholders and most importantly, our students. It is wonderful when we are recognised by an award such as this. Working so hard, as we have all done through the pandemic, attending the award event was a great opportunity to meet and talk with other like-minded businesses and organisations.”

Andrew Rosindell, Member of Parliament for Romford said, “LRN is a dynamic and enterprising business and the work that it does leaves a positive impact all over the world, with thousands of students benefiting from a wonderful education and the opportunity to grow and develop as people who can then help their own communities. I’m very proud to see that my constituency is home to such enterprise and success.”

Councillor John Mylod, Mayor of Havering, said, “This is a great day for the London Borough of Havering – the Queen’s Award for Enterprise for International Trade is the highest business award in the UK and we are so proud that this Havering-based company has been recognised. Not only was the event itself remarkable, but it also underpins the commitment that Her Majesty The Queen has always had towards industry, commerce and enterprise. LRN’s product touches lives all over the world and the Commonwealth and it is most fitting that their dedication to education is so keenly acknowledged.”