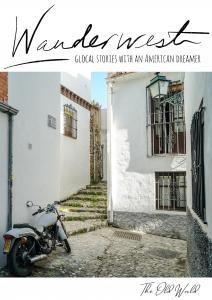 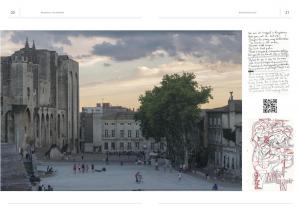 NEW YORK, NY, USA, December 9, 2021 /EINPresswire.com/ -- Digital Nomad, World Traveler and Social Entrepreneur, Michael Dustin Youree is pleased to announce the release of his new interactive, multimedia book, titled Wanderwest: The Old World. The first in a series, the multi-layered book combines the traditional “coffee table” book with modern-day augmented reality that expands the reader’s experience to an exploration into travel vlogs, music, artwork, and an intellectual treasure hunt. Wanderwest: The Old World is available now on Amazon and at www.MichaelDustinYouree.com

Having traveled to over 40 countries and 12 different cities across the globe, Youree considers himself a culture miner, who seeks to inspire others to explore other cultures as well. Through his new multi-media book, Youree shares his vast library of online travel vlogs, music and 140 images. 35 QR codes are intermingled among the words, pictures, and artwork that engage the reader and lead to an intellectual treasure hunt and spiritual quest across the digital and physical worlds. Blank pages are included within the book for notes, messages, and other creative ideas.

Wanderwest: The Old World is more than an elaborate decoration or conversation starter. It is a wealth of music and storytelling, carefully curated to share the author’s nomadic experience across Europe. The book follows Michael Dustin Youree’s release of his acclaimed debut book written to inspire the imagination, entitled Ballads and Bedtime Stories. The book received several positive reviews from customers and was regarded as being able to take you to a different world and yet keep you grounded.

Wanderwest: The Old World is a living journal that Youree continues to update. Whether just flipping through a few pages or diving in time and again, The Old World aims to help his readers discover the adventurers within.

Wanderwest: The Old World is now available on Amazon and at www.MichaelDustinYouree.com

More About Michael Dustin Youree
Michael Dustin Youree is an American artist and entrepreneur originally from Dallas, Texas. After graduating from the University of Colorado, he moved to New York City where he worked in performance and production extensively. In 2013, he moved everything into storage and embraced the life of a digital nomad, taking him across countries and cultures while developing his eclectic body of work including Wanderwest, Hoodies for the Homeless and Western Park Management.

The central value throughout is the art form of life. He sees his masterpiece not as a single piece of work, but as an aggregate of every moment from life to death. Each conversation and creation is another page in the book of living a life full of exploration, introspection and constant evolution.