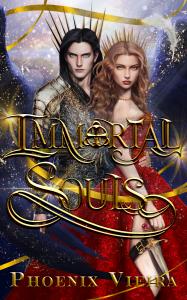 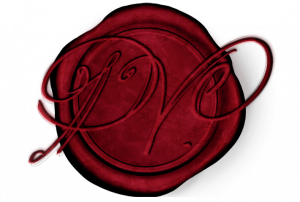 This book screams adventure from the fat-go! The action starts right away. It’s got everything you want in a fantasy story!”
— Reader Amber M.
UNITED STATES, December 8, 2021 /EINPresswire.com/ -- A fallen Empire. A forbidden royal romance. An ancient treaty with the Fae.

Corvus, heir to the most powerful House, is a threat to the Emperor, despite being the dearest friend of Crown Princess Saphyr. When the Emperor forbids their friendship, Corvus forms an Alliance to overthrow him, until betrayal forces Corvus into exile.

In the book, the Fallen have lurked in the shadows since the beginning of time, and humans have forgotten about their existence. A terrible mistake. Forgotten and diminished to nothing more than fairytales, these mythical creatures have been pulling the strings from the depths of the ocean and the Dark Forest in the clueless human realm.

Enter a world filled with deceitful sirens, scheming dryads and honest selkies bound by an ancient treaty. A world where these beings known as the hidden people, the good folk, or the fae, are not what they seem.

After the lethal Queen of the Sirens emerges from the secret realm of Sirenibus, Corvus is tempted by an irresistible deal at a dangerous price. Caught up in a conspiracy and a war between light and darkness, can he and Saphyr save the people from a terrible destiny and restore the Empire to its former glory? Or will Corvus have to sacrifice more than he is willing to give? Will his life be enough, or will it also demand his soul?

Fast-paced and absorbing, IMMORTAL SOULS is a clean epic fantasy romance refreshingly written from a male point of view in first person and features a fun bromance.

Says reader Amber M., “This book screams adventure from the fat-go! The action starts right away. It’s got everything you want in a fantasy story! A hero’s journey, Emperors and Heirs, daggers, bad ass fighting, true love, sirens and magic, and more!! This book has everything. It’ll make you laugh, cry, speed your heart up, etc. The story itself is truly wonderful!” And reader Flavia B. says, “This is a fast-paced YA fantasy with elements of Lord of the Rings, original ideas and relatable characters.”

IMMORTAL SOULS is available on Amazon and popular retail outlets.

PHOENIX VIEIRA has spent the past 14 years reading and writing fantasy and romance, traveling, and drawing inspiration from worldwide mythologies to build a rich fantasy world for her debut novel. When not writing, Phoenix can be found wandering the woods near her backyard, forever guarded by a legendary fluffy white beast.