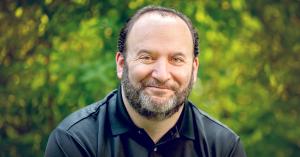 I've always loved cozy mysteries. They are a great combination of mystery and light-hearted fun. You just can't put them down. This was going to be my way of speaking out.”
— Tony Garritano
WILTON, CONNECTICUT, UNITED STATES, December 23, 2021 /EINPresswire.com/ -- WILTON, CT-The death of George Floyd brought the issue of criminal justice to the fore. In response to the tragedy, some protested, others ran for political office, but 13-year Wilton resident took a different approach. He decided to write a cozy mystery novel.

For 13 years Tony Garritano has called Wilton his home. He lives with his wife, two sons, mother-in-law, two cats and two dogs. Tony is a happy financial services journalist married to an African OB/GYN. The couple have two sons that they have raised in Wilton.

Being the father of two biracial boys, Tony felt like he had to say something about the state of race relations in America. "I've always loved cozy mysteries," he says. "They are a great combination of mystery and light-hearted fun. You just can't put them down. This was going to be my way of speaking out."

Today Tony joins the ranks of his favorite authors like Agatha Christie, Mary Higgins Clark, Joanne Fluke and more with the release of his first book called "I Saw What I Saw: A Harmony Neighborhood Mystery." In the book, crime blogger, Sheila Sammartino, witnesses a murder, but the police disagree. Sheila knows better, and to prove it she will solve this herself, not just write about it.

The small town of Harmony’s number one Internet sensation is crime reporter turned blogger, Sheila Sammartino. Inquisitive, self-conscious, and often clumsy in an oddly endearing way, everything is going great for Sheila until she stumbles into a murder mystery, and not as a reporter!

She witnesses a newcomer to the neighborhood, Arthur Jones, murdered in the alley next to Harry’s Bagel Shop. The police are quick to call it a mugging gone wrong, but Sheila saw what she saw. With the help of her outspoken former college roommate and her classically handsome new next-door neighbor, this trio take it upon themselves to get all the answers the police refuse to look for. Who was Arthur Jones after all? And who would want to kill him?

"Not everything is in harmony in the charming town of Harmony. Former crime reporter Sheila Sammaritino loves asking questions and getting the details of every story. When she witnesses a murder, she becomes part of an uncomfortable story about finding justice and restoring harmony to Harmony. A fast-paced mystery with humor and heart, a great first novel by Tony Garritano," says Mary E. Koppel, popular author of the Denise Reed Mystery Series.

“A playfully cynical, breezy treatment of murder, intrigue and collaboration by friends to overcome police indifference. A “page turner” written in a consistent and comfortably enjoyable style," adds P.J. Cuccolo, author of LIMULUS and The Shirt Wearer.

I Saw What I Saw: A Harmony Neighborhood Mystery is available at Amazon, Barnes & Noble, Google Play and Rakuten Kobo.