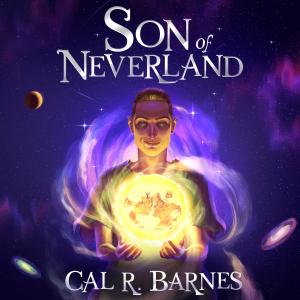 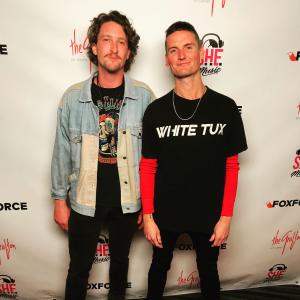 Cal (right), and 'The Astrid Experience' producer John That (left) at Hollywood premiere at The Grafton Sunset

Cal Barnes and actress Lucia Xypteras in 'The Astrid Experience'

Hollywood actor Cal Barnes announces how he's going to take the world of Peter Pan to the next level.

LOS ANGELES, CA, USA, November 29, 2021 /EINPresswire.com/ -- Nineteen Films is delighted to announce the release of the first book in the series titled, Son of Neverland, by Cal R. Barnes. The novel hit the #1 new release in mythology and folklore for November on Amazon.

The story takes place one hundred years after Peter defeated Captain Hook and was crowned the Savior of Neverland. The world is completely developed and expanded, and the enemies, battles, and action sequences are unlike anything the universe of Neverland has ever been a part of.

“I’m showing Neverland evolved,” Cal says. “Peter Pan is a great property with limitless potential, but everyone is always trying to retell the same story from 1911. That’s why all these retellings are so boring. They’re outdated. I’m telling a whole new story and taking the world of Neverland to the next level. It’s epic… everything always has to be epic.”


Son of Neverland is the first installment of a planned series. Cal also has the screenplay written and has ambitions to turn it into a studio film, with himself slated to lead the cast in the iconic role of Peter Pan.

Cal is currently finishing work on his feature film directorial debut, The Astrid Experience, which he also wrote and stars in. The trailer is available online, and it’s scheduled for release in 2022. He also has a major supporting role in the upcoming sci-fi thriller, Krispr, that is scheduled to be released within the next year.

For more information about the project or to purchase a copy of the book, please visit SonOfNeverland.com. Direct inquiries can be made to Assistant@NineteenFilms.com.