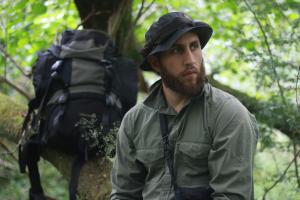 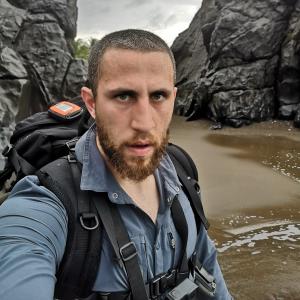 LONDON, UNITED KINGDOM, December 13, 2021 /EINPresswire.com/ -- In the summer of 2022, Daniel Eggington will embark on a journey to Colombia. This is his third attempt after his previous attempts were stopped due to active guerilla fighting in the jungle just two miles north of his starting point. With peace and security slowly returning to this part of Colombia, Daniel hopes that this time the trip will be successful. Dubbed the Darien Gap Project, the aim is to walk from Jurado in Colombia to Jaque in Panama entirely alone. “I am attempting this with support from local communities only. There will be countless rivers to cross; I will even be crossing a piranha-infested river’, says a confident Daniel, hoping to bring this part of the region to the limelight and showcase it to the world. Daniel calls it “a world first”, owing to the experience it promises, the fun, thrill, and mind-boggling adventure that awaits.

“The Darien Gap Project will involve visiting the Colombian Chocóarea, which is the least explored region of Colombia due to its notorious past, and lack of attention given to it by the past and present governments”, said Daniel, while narrating his expedition. In terms of the population, the area has approximately 500,000 people where 82% are from an Afro-Caribbean heritage, 12.7% are of Amerindian descent and the remaining 5.2% are of white heritage or mestizos.

Daniel intends to travel through Colombia from Jurado to Jaque in Panama, documenting his trip daily. For the entire period of his travels and adventure in different parts of the world, he has been raising awareness for conservation and indigenous communities’ rights. In a region that is known for its rich indigenous heritage and natural landscapes, Daniel hopes that showcasing these jewels to the world will help raise awareness and inspire people to conserve their environment.

He will be traveling over several different landscapes from primary rainforest to high valleys and wetlands. These areas are referred to as red zones due to the high prevalence of illegal activities, noticeably narcotics trafficking, and past guerilla activities. The areas are controlled by non-governmental groups mainly the FARC group, which is now in peace talks with the Colombian government. Although a ceasefire is in place and there is some semblance of peace, other groups have snapped up once-FARC-controlled areas, posing future threats. Daniel, who is passionate about travel and adventure, has gathered background about the place and is set to embark on a journey to an area which some, including Bear Grylls, would describe as especially dangerous.

He hopes that trip will inspire many as well as encourage people to take action, more so towards conservation and support of communities in the area.

The Motivation Behind the Expedition

“The reasoning behind my doing this trip is that I will try and aim to push myself to my very limit, of my capabilities as an explorer, which I have done in previous expeditions. His larger aim is to raise awareness for a cause such as the indigenous people’s rights since recently indigenous communities have been in the news especially in a negative light”, said Daniel, while appealing for support to allow him to achieve his objectives. “If you would like to help out in any way you can, I do appreciate it”, appealed Daniel.

Merchant Traveler is the expeditions and adventures of Daniel Eggington. The idea came about after leaving the U.K. in 2010 and embarking on a backpacking trip to Indonesia alone and spending 12 days in the forest with three local guides. This adventure added some life-changing experiences to Daniel who described himself as a naive 17-18-year-old alone in a foreign country and unfamiliar with the local language. Upon returning to the U.K., Daniel decided on this as a hopeful career path. He decided to work in the travel industry, where his passion for life truly lies. He immediately planned for other journeys. Still living with family, Daniel decided to explore a bit of Latin America since he enjoyed the culture.

Daniel knew that his dream job would now be to work as an expedition leader where he could live out his passion for leading in remote and exciting places. He now had an abundance of remote travel experience and the required knowledge and soon the qualifications that it takes to do this. But he felt he was still without the valuable experience required to teach and lead people in remote places. He now has completed his ML training, so that soon he will qualify to make this a career choice.