The New Administrator of the Chippendales Empire 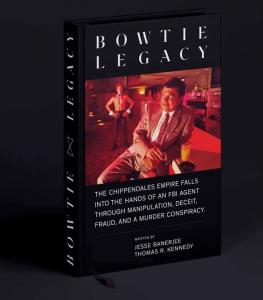 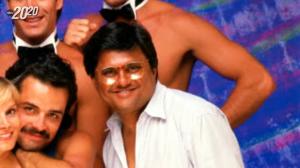 How Chippendales Became A Household Name

For Thirty Years, Jesse Banerjee, Rightful Heir to the Chippendales Empire, Has Watched Other People Spend His Money

Life Begins When One Awakens To Its Beauty!”
— Jesse Banerjee

SANTA MONICA, CA, UNITED STATES, January 3, 2022 /EINPresswire.com/ -- Jesse Banerjee, a club promoter and the eldest son of disgraced Chippendales owner, Steve Banerjee, has written a tell-all book, Bowtie Legacy. The book will give you an honest look at Jesse’s early relationship with his father, as well as a tour through the LA underground club scene of the 90’s with Jesse as your guide. Filled with intrigue, the book will allow the reader to follow how Jesse uncovered piece by piece the diabolical scheme and the ensuing cover-up that allowed the perpetrators to take control of Chippendales without paying creditors, or giving him his rightful inheritance.

Jesse never believed that a man like his father, who could survive the severe poverty of Mumbai to create a successful life in America, would commit suicide because he was facing a prison term. He has been working to clear his father’s name for over twenty-five years, while also attempting to get the share of his father’s estate that Irene, his ex-stepmother, swindled him out of. Reading miles of court documents, other types of transcripts, and undisclosed FBI files has helped to confirm his suspicions.

After the death of Irene in 2001, his father’s wife, he learned that there wasn’t a will, and that his father had divorced Irene under the terms of their prenuptial agreement before his death, leaving her with only three properties and a specified sum of money. If Irene and his father were divorced and there was no will, how had she become executrix of the estate? During long hours of research, Jesse would discover that she committed fraud and forgery with the help of an FBI agent Brad, her sister Helen’s husband. Helen and Brad would control his father’s empire after Irene’s death.

Learning that Brad was an FBI agent raised a lot of questions for Jesse. Did Brad know of his brother-in-law’s criminal investigation? and what role did Brad play in his prosecution? Any involvement by Brad in Steve Banerjee’s investigation would be collusion.

Jesse’s research would find hidden accounts and shell corporations formed by Helen and Brad in Panama, which he believed were created to hide the millions they were receiving from the profits Chippendales made every year from any suspecting eye like creditors or his.

During Jesse's protracted fight, the tactics of his adversaries designed to wear him out, almost did. Their strategy was airtight until a break came. Lindsay attempted to remove Helen as administrator, replacing Helen with herself. Jesse opposed his sister’s petition, while filing his own petition to become administrator.

Lindsay’s high-priced law firm of Brown, White and Osborne with Jack Osborne himself, presenting to the court that there was only a thousand dollars in cash in the estate’s account was laughable. How could he make such a ridiculous claim when his hourly rate was upwards of three hundred dollars an hour? The judge was wise to their machination and ordered his sister’s lawyers to present documentation to prove their claim. Lindsay’s lawyers failed to present any proof of their claim while also insulting the court with a non-appearance. The judge ruled in Jesse’s favor. Finally, Judge Juarez would appoint Jesse Banerjee, the rightful heir to Chippendales, as the administrator of the Banerjee estate.

Now Jesse has the daunting task of discovering where they hid the treasure.

Bowtie Legacy is available on Amazon.