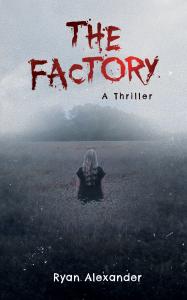 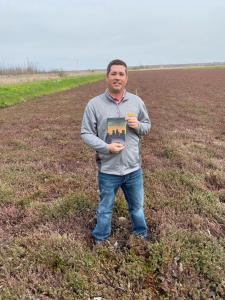 THE FACTORY by Ryan Alexander

Alexander pushes boundaries and asks questions that many authors are too afraid to ask—but without giving off an overbearing political air.”
— Goodreads reviewer Martha Custis
UNITED STATES, December 9, 2021 /EINPresswire.com/ -- As sex trafficking cases continue to permeate our daily news headlines and gain exposure, an author of edgy thrillers is tackling the subject head-on with the launch of his third novel, which captures the very real and relevant terror from both the point of view of the victim and her parents.

In the just-released novel, The Factory, author Ryan Alexander asks the question: Just how far will a family go to rescue their loved one?

Alexander is no stranger to taking on controversial topics. His first thriller, Milwaukee’s Revenge, is a twisty, suspenseful novel that explores themes of vigilantism, politics, and the true nature of justice in the unpredictable modern world. The book appeals to a broad range of thriller and suspense fans, combining the complex characters of Stephen King, the short chapter format of James Patterson, and the dual-perspective style of Gillian Flynn.

In The Factory, sixteen-year-old Kelly Gates sneaks out to a college Labor Day party and her fate becomes a girl’s worst nightmare. With no leads as to her whereabouts after weeks, her father and uncle take the case into their own hands. As Kelly fights for her life and sanity in a dangerous new world, Karter and Kash remain relentless in their pursuit of her.

With each of his works, Alexander continues to build a fanbase and establish himself as a thriller writer to watch. All his books are available for purchase on Amazon.com or wherever books are sold.

Says Goodreads reviewer Martha Custis, “Alexander pushes boundaries and asks questions that many authors are too afraid to ask—but without giving off an overbearing political air.”

RYAN ALEXANDER is an author who splits his time between Arizona and Wisconsin. He is a lifelong horseman who helps run his family's cranberry operation. Alexander has written two edgy thrillers, Milwaukee’s Revenge and Bow Season. His third novel, The Factory, is now available. Follow the author to be notified when his next novel becomes available.