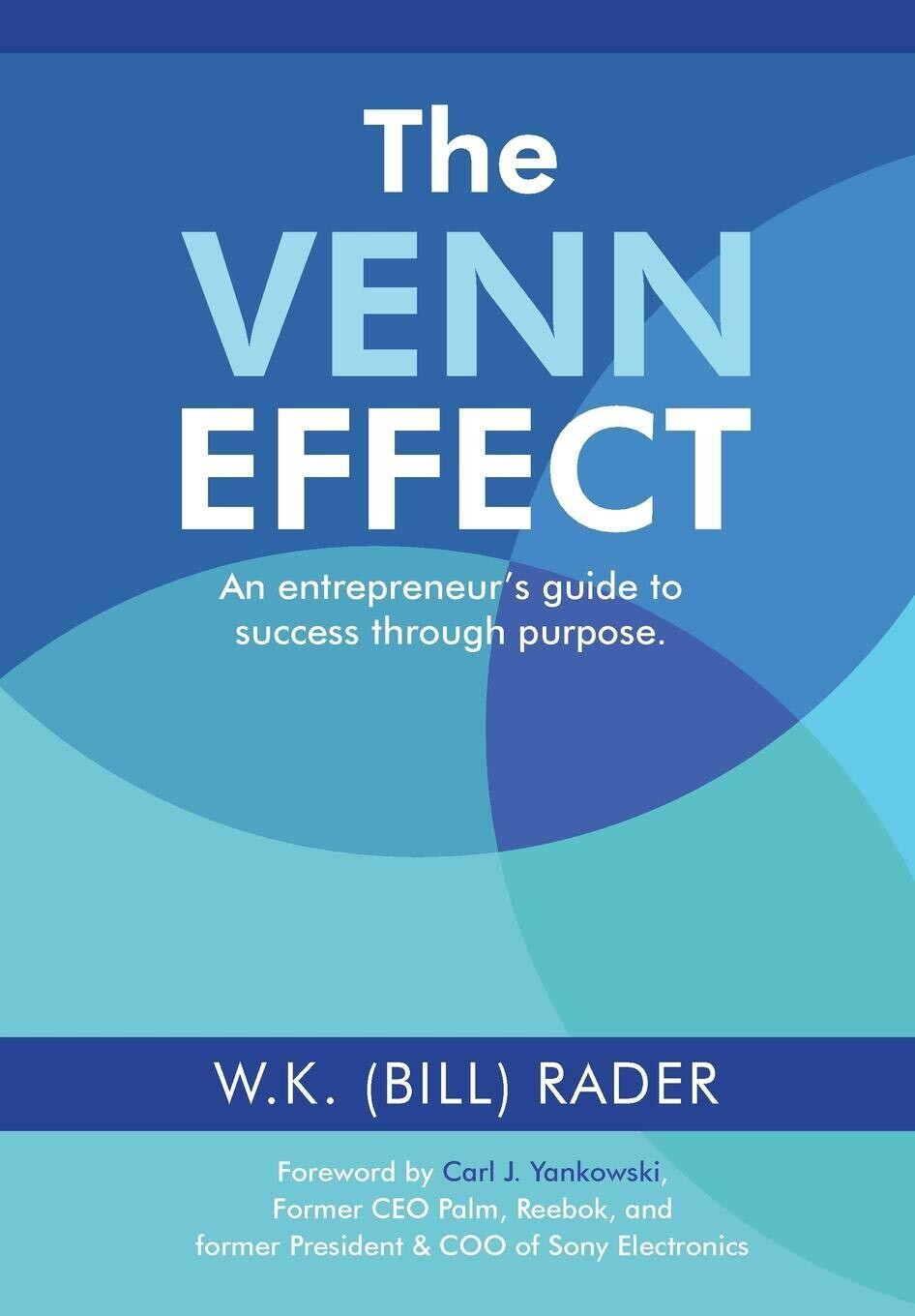 The Venn Effect: An Entrepreneur’s Guide to Success Through Purpose, Second Edition

Bill Rader started his journey at a very young age, building his first standard rite of passage business, and grew it to the largest eleven-year-old owned and operated a business in the community while obtaining his first education in business. These early trials propelled him to his first licensed business at age 16.

Referred to as his first real business, as it had paid employees, licenses, insurance, and government run-ins Bill grew this company and sold it while in his senior year of high school. He also learned his first and most valuable lesson in business:

Do what you love!

The Venn Effect holds the promise to be a game-changer in entrepreneurship. Entrepreneurs can be born or made, as long as they learn, understand and employ these lessons learned from a life-long entrepreneur.

The Venn Effect premise is simple: first, do what you love then do what you know. Lacking either, failure is guaranteed. These are just two of the business lessons that Bill discusses in his popular keynote entitled the Venn Effect. Now, he is taking the keynote to book form, diving deeper into his world as an entrepreneur with not only lessons but tips on how to get ahead, be noticed and succeed – even if faced with a life-changing disease.

The Venn Effect is a fast-paced, easy read. You will want to turn the page to see what’s next. Just like with his speeches, Bill grabs his audience and is able to move them along through real-life experiences that can be both funny and thought-provoking.

Entrepreneurs will ask: why can’t I do this? – and be able to employ at least one of the tips found in this book to further their enterprise.

Business Students will learn the right and wrong way to create and move a company forward.

The general public will say: I can do this, even with a disability or challenge.

The Venn Effect can be experienced by anyone who has a desire to succeed.

Let the Venn be part of your life!

Bill Rader is a life-long entrepreneur who sold his first company at age 18. To date he has launched five ventures, including his most recent Efferent Labs, Inc., and orchestrated multiple M&A’s. In Oct. 2014, Efferent was a winner in the worlds largest business contest 43North.

Bill started Efferent Labs after inventing the medical infusion device RxFusion in 2009. Since mid 2011, he has created alliances with major universities, merged a university sponsored startup into the company, and now hold patents to many promising technologies. Information available at www.efferentlabs.com

Bill writes the column "Leadership & Viewpoints" for Inc. and is a paid columnist for Forbes Media. He has had more than 1,500,000 people read his stories. In the past, Bill was a contributing editor to Triple D Publishing's Home Theater Magazine.

In 2015 Bill had a successful exit from the company he founded in 1998, Raland Technologies, LLC, a consulting and products company. He grew the company organically as well as through M&A. The company grew substantially during his leadership, landing it on the Inc. 500|5000 list with worldwide clients and operations.